What Can and Can’t Go in a Shred Collection Container 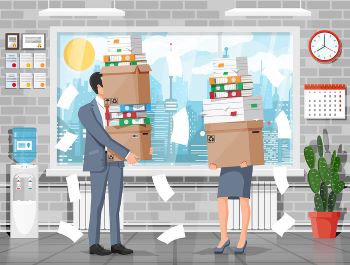 Sharon walked past my desk dragging behind her a huge box full of what seemed to be the remnants of a major clean out of her office. “Whoa, Sharon. Did you quit?”

With quick wit, she responded, “No, you can’t get rid of me that easily, but nice try!” Of course, I just had to ask what she had and where she was headed. “I finally did a Spring clean of my office drawers, cabinets, and closet. I’m turning a new leaf,” she said.

Trust me, when Sharon turns a new leaf, it’s always a major event. I followed her to see where she was taking all that stuff. To her car? “No, silly. Right to the shred collection container. I’m saving both my sanity and the earth at the same time. And you had better warn the shredding company to do an early pickup this month because the container is going to be jammed when I’m done dumping all this in!”

It’s fortunate that I was on her tail. “Excuse me Sharon. Hate to intrude, but I have a feeling there are some things in that box that aren’t shreddable.” She looked at me with a confused look. “Okay,” she said, “Enlighten me.”

We separated all of the paper into a pile, and I told her to toss it all in. I said, “Regardless of what information is on these documents, if you shred them all, you know all the information has been destroyed. The whole point behind shredding is to keep any personally identifiable information from being seen, stolen, or lost, right?” She had years of discarded and expired documents in this box, including financial statements and credit card invoices. She even had old passports and driver licenses. “Do you not throw anything away?” I asked.

“Well, obviously, that’s what I’m doing now,” she retorted. I congratulated her on sending her old identification documents to the shredder because those are extremely valuable to identity thieves.

She dumped out an envelope of papers and I said, “Throw the envelope in too. It’s got a shipping label on it with information and should be shredded. Even junk mail and this Seventeen magazine should be shredded, because they have your address on them. Also, why do you get this magazine? You’re not seventeen!”

Garbage and Recyclables Are Not Shreddable

As we dug through the box, we found food wrappers and garbage that got mixed in. “That can’t be shredded, so put it in the garbage,” I said. Sharon just assumed it would get sorted by someone else, but I said, “That someone else is you.” She had quite a few non-paper recyclables, so I said, “Also, note that cardboard, plastic bags, aluminum cans are recyclable, not shreddable. Recycling is great, but adding them to the shredding container will only contaminate the shredding, then nothing can be recycled.” Point noted.

Sharon had an old uniform in the box and said, “I heard that shredding companies can destroy these, too, to avoid them being used by unauthorized people.” I told her, “You’re correct, but they need to be kept separate the same way hard drives and other electronic storage media can be shredded, but not with the paper.”

Apex Shredding can schedule regular pick-ups or if your needs are infrequent, we can shred as necessary, especially during Spring clean purges. If you’re looking for a Northern Colorado NAID AAA Certified shredding company that supplies secure shred collection containers, simply pick up the phone and call us at 970-532-5007 or complete the form on this page. We’re standing by to help you. 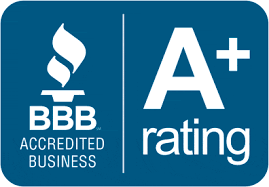